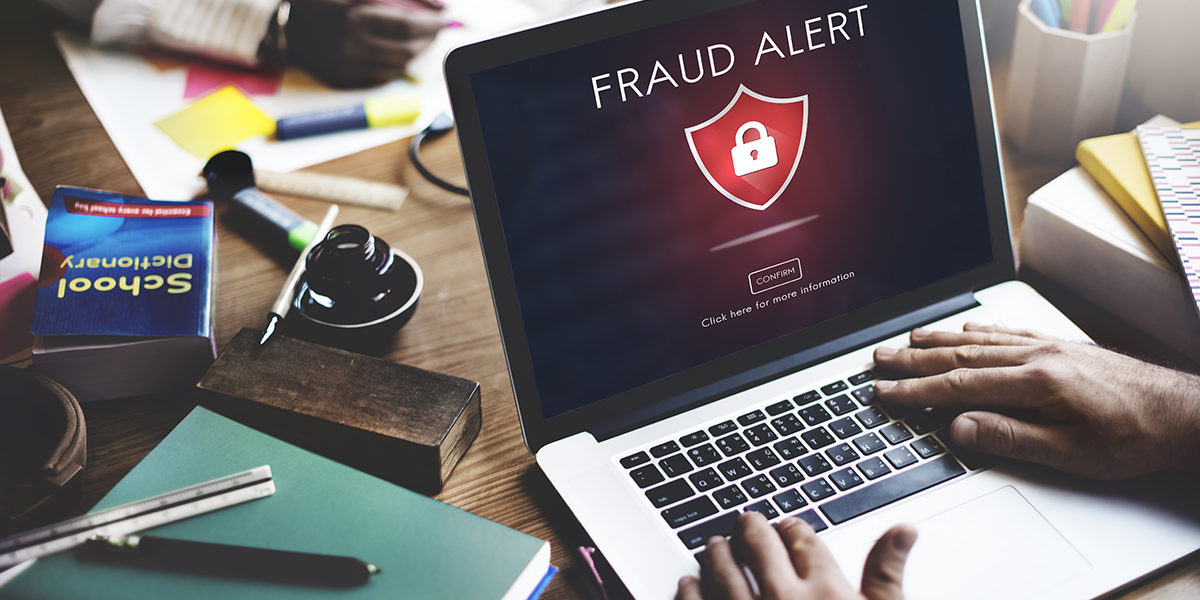 Compiled annually by the IRS, the “Dirty Dozen” is a list of common scams taxpayers may encounter in the coming months. While many of these scams peak during the tax filing season, they may be encountered at any time during the year. Here is this year’s list:

Tax-related identity theft occurs when someone uses your stolen Social Security number to file a tax return claiming a fraudulent refund. Taxpayers should use caution when viewing e-mails, receiving telephone calls or getting advice on tax issues because scams can take on many sophisticated forms, according to IRS Commissioner John Koskinen.

Taxpayers should secure personal information by protecting their computers and only giving out Social Security numbers when absolutely necessary. Though the agency is making progress on this front, taxpayers still need to be extremely cautious and do everything they can to avoid becoming victimized.

Aggressive and threatening phone calls by criminals impersonating IRS agents remain a major threat to taxpayers. In recent weeks, the agency has seen a surge of these phone scams as scam artists threaten police arrest, deportation, license revocation and other things.

Scammers make unsolicited calls claiming to be IRS officials. They demand that the victim pay a bogus tax bill. They con the victim into sending cash, usually through a prepaid debit card or wire transfer. They may also leave “urgent” callback requests through phone “robocalls,” or via a phishing email.

Many phone scams use threats to intimidate and bully a victim into paying. They may even threaten to arrest, deport or revoke the license of their victim if they don’t get the money.

Scammers often alter caller ID numbers to make it look like the IRS or another agency is calling. The callers use IRS titles and fake badge numbers to appear legitimate. They may use the victim’s name, address and other personal information to make the call sound official.

Phishing schemes using fake emails or websites are used by criminals to try to steal personal information. Typically, criminals pose as a person or organization you trust and/or recognize. They may hack an email account and send mass emails under another person’s name, or pose as a bank, credit card company, tax software provider or government agency. These criminals go to great lengths to create websites that appear legitimate but contain phony log-in pages, hoping that victims will take the bait so they can steal the victim’s money, passwords, Social Security number and identity.

Scam emails and websites also can infect your computer with malware without you even knowing it. The malware can give the criminal access to your device, enabling them to access all your sensitive files or track your keyboard strokes, exposing login information.

About 60 percent of taxpayers use tax professionals to prepare their returns. The vast majority of tax professionals provide honest, high-quality service, but there are some dishonest tax preparers who set up shop each filing season. Well-intentioned taxpayers can be misled by preparers who don’t understand taxes or who mislead people into taking credits or deductions they aren’t entitled to in order to increase their fee.

Illegal scams can lead to significant penalties and interest and possible criminal prosecution. IRS Criminal Investigation works closely with the Department of Justice (DOJ) to shutdown scams and prosecute the criminals behind them.

Through the years, offshore accounts have been used to lure taxpayers into scams and schemes. Numerous individuals have been identified as evading U.S. taxes by hiding income in offshore banks, brokerage accounts or nominee entities and then using debit cards, credit cards or wire transfers to access the funds. Others have employed foreign trusts, employee-leasing schemes, private annuities or insurance plans for the same purpose.

The recent string of successful enforcement actions against offshore tax cheats–and the financial organizations that help them–show that it’s a bad bet to hide money and income offshore. The IRS offers the Offshore Voluntary Disclosure Program to enable people to catch up on their filing and tax obligations and taxpayers are best served by coming in voluntarily and taking care of their tax-filing responsibilities.

Taxpayers should be on the lookout for unscrupulous tax return preparers pushing inflated tax refund claims. Scam artists routinely pose as tax preparers during tax time, luring victims in by promising large federal tax refunds or refunds that people never dreamed they were due in the first place. They might, for example, promise inflated refunds based on fictitious Social Security benefits and false claims for education credits, the Earned Income Tax Credit (EITC), or the American Opportunity Tax Credit, among others.

Scammers use flyers, advertisements, phony store fronts and even word of mouth to throw out a wide net for victims. They may even spread the word through community groups or churches where trust is high. Scammers frequently prey on people such as the elderly or non-English speakers, who may or may not have a filing requirement.

Because taxpayers are legally responsible for what is on their returns (even if it was prepared by someone else), those who buy into such schemes can end up being penalized for filing false claims or receiving fraudulent refunds.

Taxpayers should be aware that phony charities use names or websites that sound or look like those of respected, legitimate organizations. For instance, following major disasters, it’s common for scam artists to impersonate charities to get money or private information from well-intentioned taxpayers. Scam artists use a variety of tactics including contacting people by telephone or email to solicit money or financial information. They may even directly contact disaster victims and claim to be working for or on behalf of the IRS to help the victims file casualty loss claims and get tax refunds. They may also attempt to get personal financial information or Social Security numbers that can be used to steal the victims’ identities or financial resources.

The vast majority of taxpayers file honest and accurate tax returns on time every year. However, each year some taxpayers fail to resist the temptation of fudging their information. That’s why falsely claiming deductions, expenses or credits on tax returns is on the “Dirty Dozen” tax scams list for the 2017 filing season. The IRS warns taxpayers that they should think twice before overstating deductions such as charitable contributions, padding their claimed business expenses or including credits that they are not entitled to receive. Avoid the temptation of falsely inflating deductions or expenses on your return to underpay what you owe and possibly receive larger refunds.

Improper claims for business credits such as the fuel tax and the research credit are also on the IRS “Dirty Dozen” list this year. The fuel tax credit is generally limited to off-highway business use or use in farming. Consequently, the credit is not available to most taxpayers. Still, the IRS routinely finds unscrupulous tax preparers who have enticed sizable groups of taxpayers to erroneously claim the credit to inflate their refunds. Fraud involving the fuel tax credit is considered a frivolous tax claim and can result in a penalty of $5,000.

This scam involves inflating or including income on a tax return that was never earned, either as wages or as self-employment income, usually in order to maximize refundable credits. Just like falsely claiming an expense or deduction you did not pay, claiming income you did not earn in order to secure larger refundable credits could have serious repercussions. Well-intentioned taxpayers can be misled by tax preparers who don’t understand taxes or who mislead people into taking credits or deductions they aren’t entitled to in order to increase their fee.

Remember: Taxpayers are legally responsible for what’s on their tax return even if it is prepared by someone else.

Phony tax shelters and structures to avoid paying taxes continues to be a problem and taxpayers should steer clear of these types of schemes as they can end up costing taxpayers more in back taxes, penalties, and interest than they saved in the first place.

Abusive tax schemes have evolved from simple structuring of abusive domestic and foreign trust arrangements into sophisticated strategies that take advantage of the financial secrecy laws of some foreign jurisdictions and the availability of credit/debit cards issued from offshore financial institutions. For example, multiple flow-through entities are commonly used as part of a taxpayer’s scheme to evade taxes. These schemes may use Limited Liability Companies (LLCs), Limited Liability Partnerships (LLPs), International Business Companies (IBCs), foreign financial accounts, offshore credit/debit cards and other similar instruments. They are designed to conceal the true nature and ownership of the taxable income and/or assets.

Trusts also commonly show up in abusive tax structures. They are highlighted here because unscrupulous promoters continue to urge taxpayers to transfer large amounts of assets into trusts. These assets include not only cash and investments but also successful on-going businesses. There are legitimate uses of trusts in tax and estate planning, but the IRS commonly sees highly questionable transactions. These transactions promise reduced taxable income, inflated deductions for personal expenses, reduced (even to zero) self-employment taxes, and reduced estate or gift transfer taxes. These transactions commonly arise when taxpayers are transferring wealth from one generation to another.

Don’t use abusive tax structures to avoid paying taxes. The IRS is committed to stopping complex tax avoidance schemes and the people who create and sell them. The vast majority of taxpayers pay their fair share, and everyone should be on the lookout for people peddling tax shelters that sound too good to be true. When in doubt, seek an independent opinion if offered complex products.

Taxpayers are also warned against using frivolous tax arguments to avoid paying their taxes. Examples include contentions that taxpayers can refuse to pay taxes on religious or moral grounds by invoking the First Amendment or that the only “employees” subject to federal income tax are employees of the federal government; and that only foreign-source income is taxable.

Promoters of frivolous schemes encourage taxpayers to make unreasonable and outlandish claims to avoid paying the taxes they owe. These arguments are wrong and have been thrown out of court. While taxpayers have the right to contest their tax liabilities in court, no one has the right to disobey the law or disregard their responsibility to pay taxes. The penalty for filing a frivolous tax return is $5,000.

If you think you’ve been a victim of a tax scam, don’t hesitate to call.