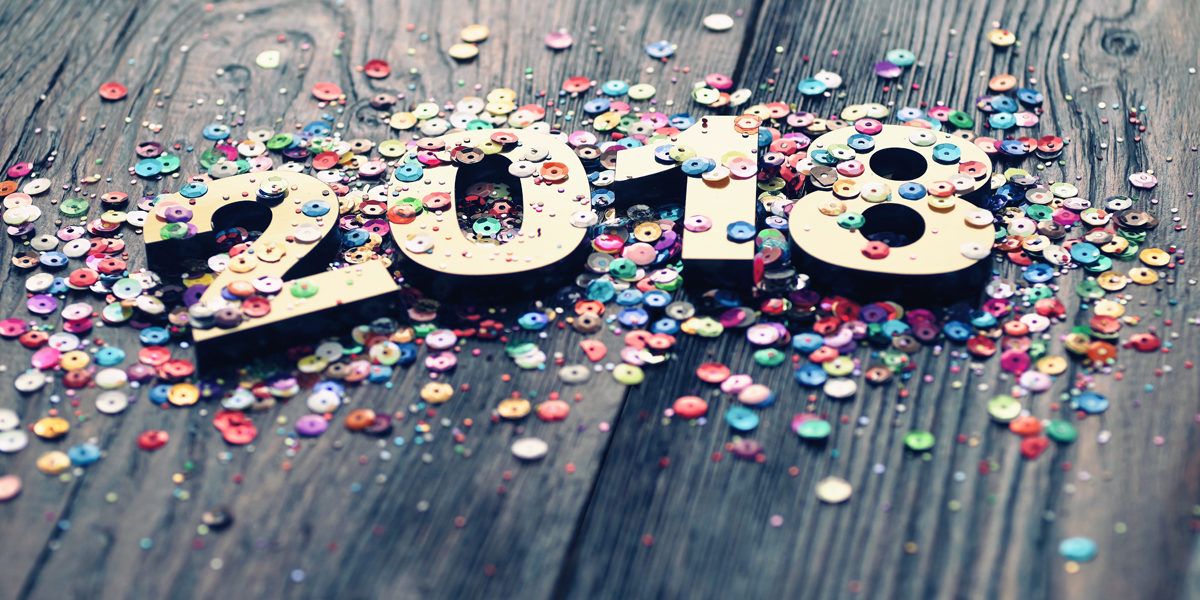 As the New Year rolls around, it’s always a sure bet that there will be changes to current tax law and 2018 is no different now that many of the tax provisions pursuant to the Tax Cuts and Jobs Act of 2017 (TCJA) are in full effect. From health savings accounts to tax rate schedules and standard deductions, here’s a checklist of tax changes to help you plan the year ahead.

In 2018, a number of tax provisions are affected by inflation adjustments, including Health Savings Accounts, retirement contribution limits, and the foreign earned income exclusion. Many others have been revised or eliminated due to the TCJA.

While the tax rate structure, which now ranges from 10 to 37 percent, remains similar to 2017 in that there are seven tax brackets, the tax-bracket thresholds increase significantly for each filing status. Standard deductions also rise significantly; however, personal exemptions have been eliminated through tax year 2025.

“Kiddie Tax”
For taxable years beginning in 2018, the amount that can be used to reduce the net unearned income reported on the child’s return that is subject to the “kiddie tax,” is $1,050 (same as 2017). The same $1,050 amount is used to determine whether a parent may elect to include a child’s gross income in the parent’s gross income and to calculate the “kiddie tax.” For example, one of the requirements for the parental election is that a child’s gross income for 2018 must be more than $1,050 but less than $10,500.

A qualified individual must be covered by a High Deductible Health Plan (HDHP) and not be covered by other health insurance with the exception of insurance for accidents, disability, dental care, vision care, or long-term care.

Medical Savings Accounts (MSAs)
There are two types of Medical Savings Accounts (MSAs): the Archer MSA created to help self-employed individuals and employees of certain small employers, and the Medicare Advantage MSA, which is also an Archer MSA, and is designated by Medicare to be used solely to pay the qualified medical expenses of the account holder. To be eligible for a Medicare Advantage MSA, you must be enrolled in Medicare. Both MSAs require that you are enrolled in a high-deductible health plan (HDHP).

The penalty has been eliminated under the TCJA.

AGI Limit for Deductible Medical Expenses
In 2018, the deduction threshold for deductible medical expenses is temporarily reduced (tax years 2018 through 2025) to 7.5% percent (down from 10% in 2017) of adjusted gross income (AGI).

Medicare Taxes
The additional 0.9 percent Medicare tax on wages above $200,000 for individuals ($250,000 married filing jointly), which went into effect in 2013, remains in effect for 2018, as does the Medicare tax of 3.8 percent on investment (unearned) income for single taxpayers with modified adjusted gross income (AGI) more than $200,000 ($250,000 joint filers). Investment income includes dividends, interest, rents, royalties, gains from the disposition of property, and certain passive activity income. Estates, trusts, and self-employed individuals are all liable for the new tax.

Long-Term Capital Gains and Dividends
In 2018 tax rates on capital gains and dividends remain the same as 2017 rates (10%, 15%, and a top rate of 20%); however threshold amounts are different in that they don’t correspond to new tax bracket structure as they did in the past. For taxpayers in the lower tax brackets (10 and 12 percent), the rate remains 0 percent; however, the threshold amounts are $38,600 for individuals and $77,200 for married filing jointly. For taxpayers in the four middle tax brackets, 22, 24, 32, and 35 percent, the rate is 15 percent. For an individual taxpayer in the highest tax bracket, 37 percent, whose income is at or above $425,800 ($479,000 married filing jointly), the rate for both capital gains and dividends is capped at 20 percent.

Pease and PEP (Personal Exemption Phaseout)
Both Pease (limitations on itemized deductions) and PEP (personal exemption phase-out) have been eliminated under TCJA.

Adoption Credit
In 2018, a non-refundable (only those individuals with tax liability will benefit) credit of up to $13,840 is available for qualified adoption expenses for each eligible child.

Earned Income Tax Credit
For tax year 2018, the maximum earned income tax credit (EITC) for low and moderate income workers and working families rises to $6,444, up from $6,318 in 2017. The credit varies by family size, filing status, and other factors, with the maximum credit going to joint filers with three or more qualifying children.

The enhanced child tax credit, which was made permanent by the Protecting Americans from Tax Hikes Act of 2017 (PATH), remains under TCJA. The refundable portion of the credit increases from $1,000 to $1,400 so that even if taxpayers do not owe any tax, they can still claim the credit. Under TCJA, a $500 nonrefundable credit is also available for dependents who do not qualify for the child tax credit (e.g., dependents age 17 and older).

The Child and Dependent Care Credit also remains under tax reform. If you pay someone to take care of your dependent (defined as being under the age of 13 at the end of the tax year or incapable of self-care) in order to work or look for work, you may qualify for a credit of up to $1,050 or 35 percent of $3,000 of eligible expenses in 2018. For two or more qualifying dependents, you can claim up to 35 percent of $6,000 (or $2,100) of eligible expenses. For higher income earners the credit percentage is reduced, but not below 20 percent, regardless of the amount of adjusted gross income.

Interest on Educational Loans
In 2018 (as in 2017), the $2,500 maximum deduction for interest paid on student loans is no longer limited to interest paid during the first 60 months of repayment. The deduction is phased out for higher-income taxpayers with modified AGI of more than $65,000 ($135,000 joint filers).

Contribution Limits
The elective deferral (contribution) limit for employees who participate in 401(k), 403(b), most 457 plans, and the federal government’s Thrift Savings Plan increases to $18,500. Contribution limits for SIMPLE plans remain at $12,500. The maximum compensation used to determine contributions increases to $275,000 (up from $270,000 in 2018).

Income Phase-out Ranges
The deduction for taxpayers making contributions to a traditional IRA is phased out for singles and heads of household who are covered by an employer-sponsored retirement plan and have modified AGI between $63,000 and $73,000, up from $62,000 to $72,000.

Section 179 Expensing
Under the Tax Cuts and Jobs Act of 2017, the Section 179 expense deduction increases to a maximum deduction of $1 million of the first $2,500,000 million of qualifying equipment placed in service during the current tax year. Indexed to inflation after 2018, the deduction was enhanced to include improvements to nonresidential qualified real property such as roofs, fire protection and alarm systems and security systems, and heating, ventilation, and air-conditioning systems.

Starting in 2018, businesses with less than $50 million in gross receipts are able to use this credit to offset alternative minimum tax. Certain start-up businesses that might not have any income tax liability will be able to offset payroll taxes with the credit as well. There was no change to this tax credit under TCJA.

For taxable years beginning in 2018, the dollar amount is $26,700 ($26,200 in 2017). This amount is used for limiting the small employer health insurance credit and for determining who is an eligible small employer for purposes of the credit.

While this checklist outlines important tax changes for 2018, additional changes in tax law are more than likely to arise during the year ahead. Don’t hesitate to call if you want to get an early start on tax planning for 2018!